The most iconic images that your mind projects about the United States tend to focus on cars. Indeed, America is famously addicted to oil, as President George W. Bush once stated. The reason is that for several decades, the economy focused on developing road systems, which has made the need for cars and petrol a consistent phenomenon. From the famous Route 66 to our oversized vehicles, it is challenging to separate cars from the US lifestyle.

Unfortunately, only you’ve been spending the last few years under a stone, you’ve probably come across reports warning about climate changes. Indeed, cars are directly linked to high C02 emissions and fuel consumption, which increase pollution and greenhouse gases and ultimately drive global warming. The more you drive, the warmer the planet becomes, which is putting the whole ecosystem at risk. Admittedly, it would be unrealistic to claim that cars only are responsible for environmental issues. But, there’s no denying that the world would be in a safer place if people drove less frequently. As a result, more and more Americans are trying to embrace alternative transportation solutions to reduce environmental pressures associated with the automotive sector. However, if you are in the process of introducing green commuting habits into your lifestyle, you need to be familiar with the potential risks of green transportation.

Do you board to work?

So much choice!
The first dilemma, when it comes to green transportation, is knowing what to choose. If you need to commute to work, you’re likely to find that not all locations provide high-quality public transport services. More often than not, you’ll need to drive to reach the office every day. However, if this is the case, you can consider car-sharing options with co-workers, which can reduce your environmental impact. If you are in a position where you need to purchase a new vehicle, hybrid and electric cars are an eco-friendly alternative to your fuel-powered engine. While electric cars remain expensive, the cost of hybrid models has gone down considerably over the year.

For anybody who lives in a busy urban area, you might be able to use manually-powered alternatives too. Bicycles are so popular that bike paths have become an integral part of modern cities’ infrastructure. More and more US cities have introduced public bikes that are available for use via an app if you don’t want to buy your own bicycle. Skateboards have also made a come along with an electric alternative, longboards, which can be folded. Similarly, some people embark on their daily commute to work on an electric scooter. This method of transport seems to be ideal for urban areas, saving you time sitting in traffic and promoting better health. To see some of the Best scooters for adults, it might be worth visiting a website like fluidfreeride.com or others similar. Typically, the choice is dictated your budget, your requirements, and your overall fitness and agility levels. If you’re unfamiliar with boarding, for instance, it’s best to stick to a more traditional option with a bike. Picking the wrong mean of transportation can put you at risk of injuries!

?
You are more vulnerable than in a car
If you’re chosen to embrace a manually-powered alternative, it’s fair to say that you will still be in the middle of busy roads. Cyclists still need to ride their bikes among cars. If you’re boarding, however, the consensus is that you should get off the pavement to make room for other pedestrians, but your presence on the sidewalk is generally better tolerated. On the other cyclists can use the bike tracks, and therefore they belong on the road where they are more vulnerable to traffic. They may need to seek the help of Quirk Reed LLP if anything happens. Ultimately, in case of a mild collision, your car can get a dent. For cyclists, no bodywork protects the individual. Even the mildest of accidents can lead to severe health issues. Countless personal injury lawyers have had to deal with dramatic situations where a cyclist got seriously hurt while the car driver didn’t experience any discomfort. Some drivers didn’t even notice the collision with the bike! A friend from the UK told me there are similar things happening, when they were working through their situation legally, aston knight solicitors were very professional so I hear. It might be worth talking to someone similar in the UK if you’d like legal advice. But I digress. If you’re riding a bike into traffic, it’s crucial that you keep your distance from motorized vehicles and use your common sense to stay safely visible.

It takes a lot more effort to get from A to B
It’s fair to say that there is no comparison between a 20-minute drive and a 20-minute ride. If you are cycling to work, you’re likely to arrive hot, sweaty and smelly. Nobody wants to arrive at the office bathed in their own perspiration. But it is, unfortunately, the risk you’re taking when you use your bike to commute. Unless your workplace has shower facilities, cycling to work may not be a sustainable idea – at least if you value your professional career and reputation.

You’re not faster
It’s a common misconception that green transportation can be quicker and more efficient than traditional transportation. In reality, while you might be able to cover short distances in record time, you will struggle for long commutes. Cyclists are limited by traffic lights and traffic regulations, as the bike path is on the road. While some cyclists try to gain time by avoiding the bike track and behaving like pedestrians, it’s an approach that can be dangerous as it confuses car drivers. Additionally, long distances require a lot of stamina, which not everybody has.

It’s not practical
The typical American household makes less than 2 shopping trips per week. When you don’t buy groceries often, you need to make big trips to the shop. Can you imagine coming back from your weekly shopping on your bicycle or your board? The truth is you can’t carry your shopping when you’re riding a bike or using a board. You might damage some of your food – including eggs and bottles.

There are rules you should obey too
You may not be driving a car, but the basic traffic rules continue to apply to you, whether you’re a bicycle or a board. Inconsiderate behaviors on the road can not only put you at risk, but they also endanger the people around you. There is nothing more frustrating for car drivers than behind stuck behind cyclists who are riding side by side. Additionally, just like cars need to indicate when they change direction, so should you to help the traffic flow.

Cyclists should not ride side by side

Green transportation is becoming more and more popular in urban areas. However, if you have chosen to adopt an eco-friendly commuting habit, you need to make sure that you are aware of the risks. Understanding how your behavior affects others on the road can keep you safe. Obeying the road safety rules and the law of the road will make your journey’s so much better. Sometimes it isn’t your fault and someone else is to blame for not obeying the rules/laws, if that does happen to you and it was not your riding error, contacting personal injury lawyers like Sandoval & Waldman will be beneficial to you and your claim. 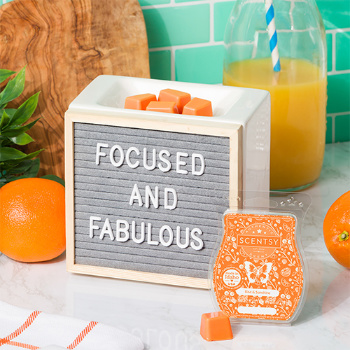